Home/Partnership/“Monstrous Change” in PA
Previous Next

This column was published in the Gettysburg Times, April 8, 2021

Politics is always fascinating, but perhaps even more so today than at any other time in our lifetimes. And no matter which side of the aisle you are on, or if you happen to be one of the few who still identify as somewhat in the middle, I’m sure this is one of the rare issues we can all agree upon!

Since politics affects decisions made on a national, state, local and granular municipality level in all communities, the Pennsylvania Economic Development Association (PEDA) opened its virtual statewide conference last week with a keynote address by political expert Dr. G. Terry Madonna, Senior Fellow in Residence for Political Affairs, Millersville University. In this column, I share some of his main points.

Pennsylvania’s prominence: Madonna pointed out that Joe Biden visited our state more than any other state—19 times during five or six months of campaigning. And since taking office, he announced the American Rescue Plan in Delaware County, and most recently, he announced the $2.2 trillion Infrastructure Plan in Pittsburgh. Biden of course is a Scranton native and transplant to nearby Delaware. “Biden’s connection to our state is of critical importance,” Madonna said.

The honeymoon is over—and has been: Madonna looked at the polling done in February following each of the past four presidents taking office. This past February, for example, about a month after President Biden took office, his approval rating stood at 56%. For past presidents this number was 42% for Trump, 63% for Obama and 51% for Clinton. And those numbers closely align with the polling numbers of voters who align with each president’s respective party. For example, breaking down Trump’s 42%, Republicans  were 90% positive and Democrats were 5% positive about his presidency at that early February point. “If you take a look in the last couple of decades, the polarization is so extreme, the partisanship is so strong, that you can have a stunning victory and you job performance only goes up a few points… the range that exists is not like it was decades ago,” Madonna said.

Monstrous move: The shift in Pennsylvania voting patterns—and elsewhere across the country, particularly in the upper mid-west, said Madonna, is this: “Voters in small towns and rural areas fall into two categories: the ‘T’ of Pennsylvania, Rt. 80, are mostly conservative Republicans, where there’s farming, small manufacturing, but if you go out to the southwest part of PA or the northeast, the old mining, mill towns now natural gas is a huge part of their economies—those votors became Democrat because of FDR’s New Deal, tied to coal, iron, steel—now natural gas. Beaver, Washington, Westmoreland, Fayette, Cambria and Green—six counties–every one of them has a Democratic voter edge yet Trump won all 6 by 20 points or less. Why? Because those voters are very different than Democrats in other parts because they’re conservative on cultural issues. And forget about climate change—many are involved in natural gas where it’s a huge part of economy. These are mostly white voters, high school educated or less.”

Meantime, Madonna pointed out that Pennsylvania’s cities are mixed ethnically, and voters tend to be college educated, culturally liberal, many want gun control, many are concerned about the climate, and are heavily Democratic.

Also at play: a shift in Pennslvania’s suburbs where there’s a high concentration of college-educated voters, many of them women, who are turning elections from longtime Republican-leaning areas to Democrat. “Municipal elections going Democratic—that is a huge change, a monstrous change [in Pennsylvania],” said Madonna. “This change in American politics is remarkable.”What was “fascinating” in Pennsylvania, Madonna concluded, was that President Biden won the state by 80,000 votes, yet Republicans picked up three Congressional seats and won three of the state’s row offices. “How? Trump had coattails in PA, but Biden did not,” Madonna said. And the implications and trends continue, as we all stay tuned. 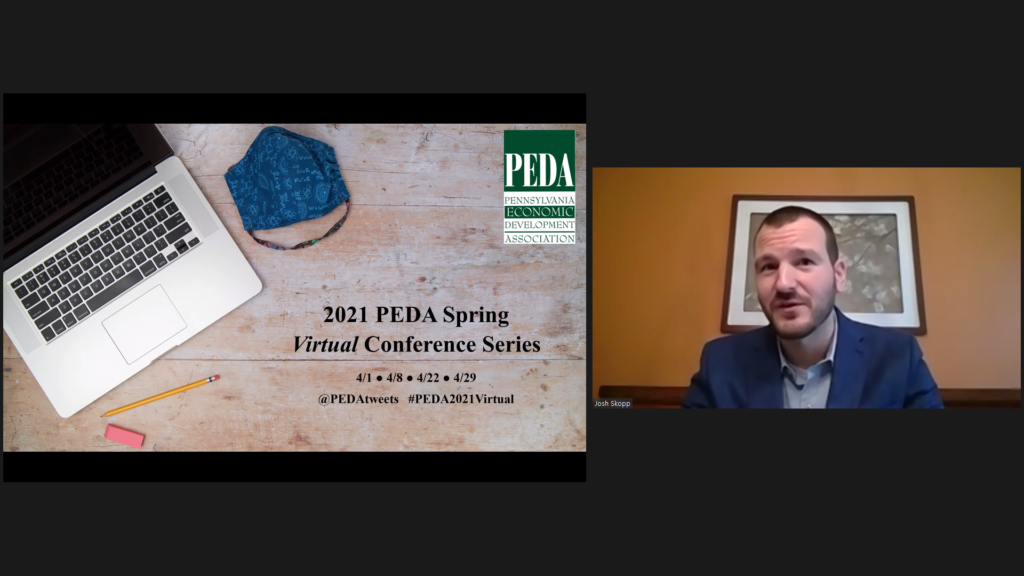